Two Reasons Dairy Could Be Driving Your Inflammation

Dairy sensitivity is a commonly reported and documented ailment and complaint with symptoms including bloating and diarrhea, gas, indigestion, cramps, nasal congestion and heartburn, and just feeling off. (1)

Globally, dairy intolerance is the most common food intolerance in the world, said to be mainly due to lactose, the sugar found in milk, and shown to affect as much as 68% of the global population. (2) Dairy allergy, on the other hand, which has nothing to do with lactose, is especially common in children and infants, being an IgE-mediated, that is an allergenic and immunogenic reaction to cow’s milk. (3)

Though it is widely acknowledged and accepted that dairy can cause a host of health complaints, it is not commonly known why this might be. Of course, it depends, to some degree, on the health and epigenetics of the individual and the environment to which their bodies and genes are exposed, but this article will discuss two biochemical reasons that dairy may be driving your inflammation.

Reason #1: The Structure of Dairy Carbohydrates 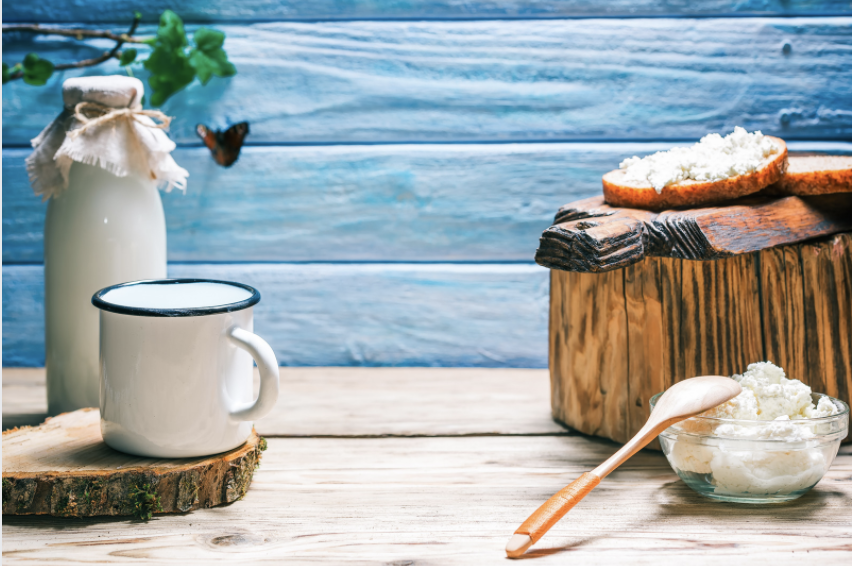 One reason that dairy may be challenging to our health is based on the biochemistry of dairy carbohydrates. If you took biochemistry in school, you may recall that the structure of lactose bonds are composed of one molecule of D-galactose and one molecule of D-glucose linked by a beta-1,4-glycosidic bond (to form a single molecule), a bond which can only be broken with the enzyme lactase. (4)

Lactose is a disaccharide, meaning it’s composed of two sugars, and when the enzyme lactase cleaves the bond catalytically by acid hydrolysis, then you have two monosaccharides (a fancy word for a single molecule of sugar): galactose and glucose.

In other words, lactase converts a double molecule of sugar, lactose, to two single molecules, galactose and glucose. And without lactase, we cannot break down the lactose in dairy products. (5) 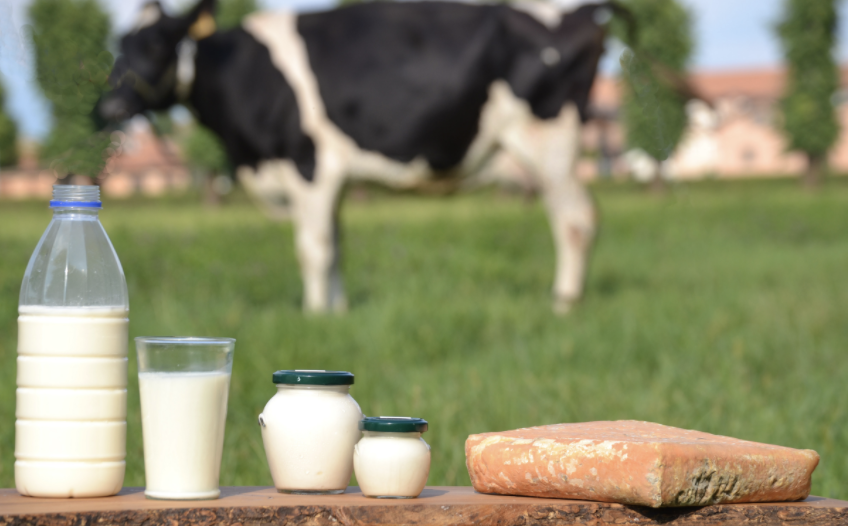 We know that grass is what cows mainly eat, and grass is made up of a carbohydrate called cellulose. Fascinatingly, cellulose contains these same beta-1,4-glycosidic bonds but cellulose is indigestible to humans because of these bonds. (6)

Cellulose is composed of glucose monomers linked in unbranched chains joined by these bonds in a linear, fibrous structure. Unfortunately, humans don’t have any cellulase, which is made by bacteria in cows’ guts, to break down cellulose.

Humans also don’t have four stomachs, like these ruminants, either: a rumen, reticulum, omasum, and abomasum. (7) Looking closely, the lactase-specific bond of lactose is similar in structure to the bonds in cellulose.

Reason #2: The Structure of Dairy Proteins

Out of the 12 most common genetic variants of cow, A1 and A2 are by far the most common. But they are both different in the single nucleotide polymorphisms in their dairy proteins (SNPs). There is something called the A1/A2 milk hypothesis. (8)

A little known fact is that A1 cows in the United States contain a histidine residue in the beta casein protein in their amino acid structure. Histidine is a precursor building block to histamine, which makes the symptoms of allergy much more likely. In other words, if your body has a bunch of histidine onboard, it might just go to town making histamine molecules. However, there is evidence that this isn’t the main reason that A1 cow milk consumption is associated with more problems. (9, 10)

Have you ever traveled over to Europe and eaten a ton of dairy, and noticed that you reacted much less severely to those foods? Or maybe you heard this story from a friend or family member, and found it to be curious? Well, here’s a possible reason why:

It has also been found that under normal digestive circumstances, an opiate-like protein called BCM-7 is released from A1 milk, however, not from A2 milk. This opiate-like protein appears to play a role in slowing gastric emptying and transit times, a well known side effect of opiate substances. It is not yet known to what degree this produces direct or indirect inflammatory responses. (11)

In summary, the problems that ensue for many when consuming dairy may be in part due to the biochemical conformation of carbohydrates and proteins and what our body is able to do or not do with them or in response to them.

In other words, because the linkages in dairy carbohydrates are the same shape as the indigestible linkages in cellulose, dairy may to some degree be perceived by our bodies as grass-like in nature.

Secondly, the histidine amino acid residues particularly prevalent in A1 cows which make up the majority of dairy products in the United States may lead to more histamine, and also to have opiate-like effects on the gastrointestinal tract which indirectly lead to inflammation.

If this is something you’re experiencing, or other food intolerances, remember to consult your naturopathic doctor, or your integrative medicine practitioner, regarding the role they may be playing in your life.